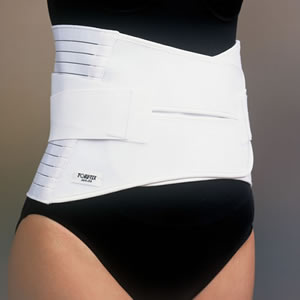 *1 Tourmaline generates little amount of negative ions when external pressure or friction is not applied.

Generates negative ions when not in motion due to the patented technology!

Tourmaline is woven into the fabric using the patented technology. This ensures negative ion generation. *2

This data was obtained by the (narrow width) hook-and-loop-fastener type negative ion waist supporter made with the same materials.

Protects the back & Allows for quick attachment/detachment

The aluminum boning and the support belt are ergonomically designed to firmly hold and protect the back. Negative ions released from the whole surface penetrate deeply into the body.

Structure of the ion supporter for back pain

You can easily detach the aluminum boning stays and the support belt when the back feels better to use it as a conventional ion supporter. 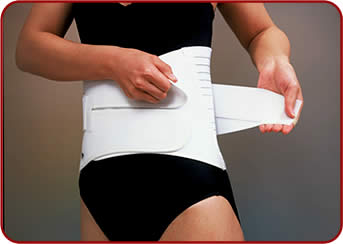 Negative ions deeply into the body

Negative ions penetrate deeply into the body as you wear the supporter around the internal organs which play important roles in the body.

You feel warm in winter and cool in summer. Tourmaline effects last forever. *3

*3 Tourmaline maintains the characteristics unless extreme heat is applied to it, which means tourmaline effects last forever under normal use. However, the fabric becomes worn out through use.

Easy to bend and stretch the body

This supporter is wide enough to protect the back while allowing you to bend and stretch the body easily. Movement is not restricted!

The hook and loop fastener allows for quick attachment/detachment. The supporter fits you well but it is not tight around the back in contrast to other supporters.

Back to Supporter top