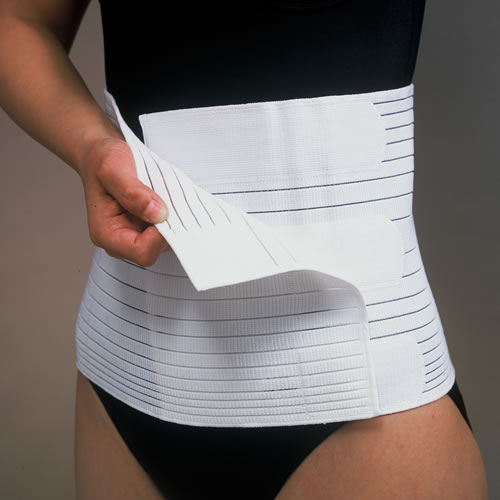 *1 Tourmaline generates little amount of negative ions when external pressure or friction is not applied.

Generates negative ions when not in motion due to the patented technology! 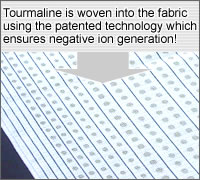 Tourmaline is woven into the fabric using the patented technology. This ensures negative ion generation. *2

This data was obtained by the (narrow width) hook-and-loop-fastener type negative ion waist supporter made with the same materials. 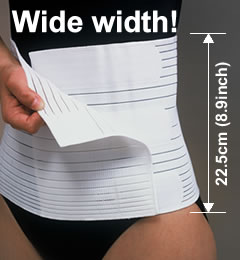 The 22.5cm (8.9inch) width and the 2mm thickness cover a large area of the back and around the waist.

Negative ions penetrate deeply into the body as you wear the supporter around the internal organs which play important roles in the body.

You feel warm in winter and cool in summer. Tourmaline effects last forever. *3

*3 Tourmaline maintains the characteristics unless extreme heat is applied to it, which means tourmaline effects last forever under normal use. However, the fabric becomes worn out through use. 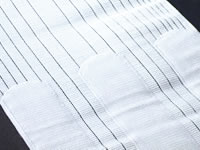 The hook and loop fastener allows for quick attachment/detachment. It is not tight around the waist in contrast to those made of elastic rubber. The highly breathable structure provides long term comfort.

Back to Supporter top